If you’ve seen our summer edition of Action Line you’ll know we are celebrating our National Parks in the United States since most provide the gold standard for protection of wildlife and the places they call home. That’s why we have a cheer today for Africa’s Democratic Republic of the Congo (DRC) for establishing a new National Park—Lomami National Park. It’s the first new National Park created in the DRC for more than 40 years. 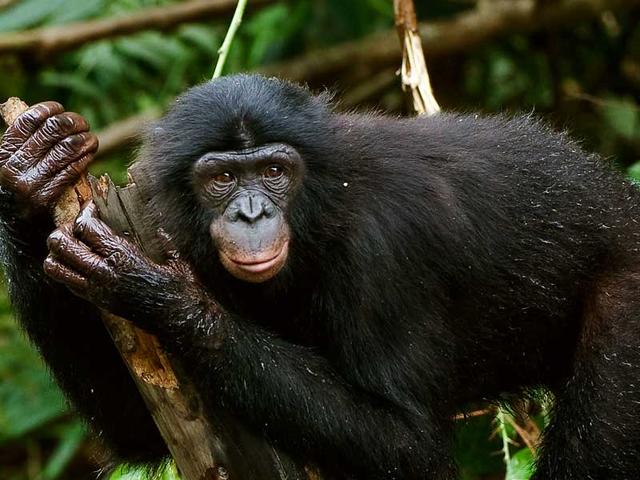 According to Dan Ashe, director of the U.S. Fish and Wildlife Service, the 2.2 million acres of uninhabited forest is teeming with wildlife found nowhere else on earth. Species include forest elephants; the okapi, whose closest relative is the giraffe; the Congo peafowl; and the bonobo, a great ape who is considered one of humankind’s closest living relatives, sharing more than 98 percent of our DNA. In contrast to the more competitive, male-dominated culture of chimpanzees, bonobo society is peaceful, matriarchal and more egalitarian. Bonobos are endangered due to illegal commercial trade (for bushmeat, pets or medicinal purposes), as well as the aftermath of civil warfare, habitat loss and degradation, and other human impacts. “The park is the result of more than a decade of work by a broad coalition of partners and local communities, including the U.S. Fish and Wildlife Service, which provided significant funding and technical expertise,” Ashe said. Ashe explained that the park’s creation is a testament to the power of collaboration, and to the persistent efforts of two indefatigable researchers who set out to explore this vast, remote area. Only a decade ago, what is now Lomami National Park and the wider Tshuapa-Lomami-Lualaba (TL2) landscape (named after these three rivers) were largely unknown to science and the wider world. That began to change in 2007, when Drs. John and Terese Hart of the Lukuru Wildlife Research Foundation’s TL2 Project set out to document the region’s rich biodiversity – first by dugout canoe up the Lomami River, then on foot. The Harts were thrilled with what they found during their explorations ― including populations of bonobos outside of the species’ known range ― and the scientific discovery of a new monkey species, the lesula. Scientists believe more discoveries await!